Three on Thursday: Things I Can't Get Enough Of

I don't feel like I have three new things to share every week, but I'm surprised I didn't write one of these posts (inspired by Stephanie, of course) during the entire month of February.  I guess I either had other things I wanted to share or I forgot.  (Or, most likely, both.) 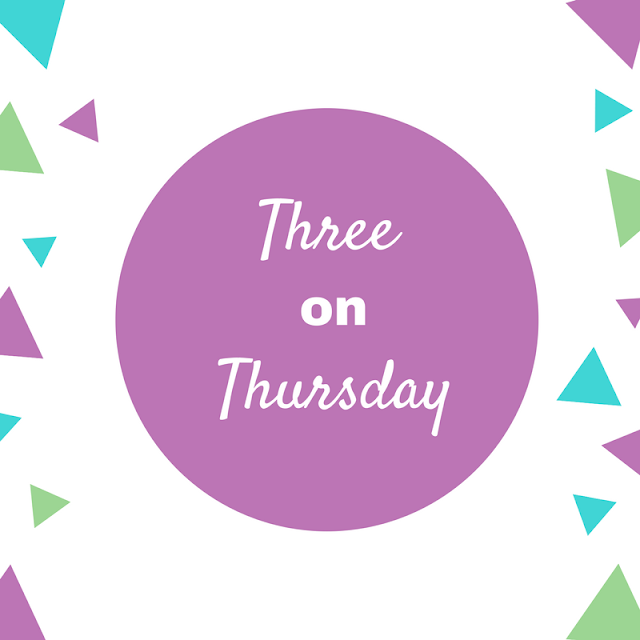 I know I'm supposed to be eating better, reducing my caffeine intake, and spending less money and this basically goes against all of those things.  But Girl Scout cookie inspired flavor swirls.  I've only tried the coconut caramel one so far (and it was everything I'd hoped it would be!), but I can pretty much guarantee I'll be trying the other flavors as well.

It seems fitting that I'd share a Swagbucks-related thing in a Stephanie-inspired post since I first learned about Swagbucks a few years ago by reading her blog.  Swag IQ is the live trivia game app associated with Swagbucks, and since they moved the game to its new time (8:00 p.m. EST/7:00 p.m. CST/5:00 p.m. PST Sunday through Thursday), I've actually been able to play it every day.  I've never won a big prize, but I like that you can still earn Swagbucks that go toward your daily goal even if you've been eliminated.  I know there are other, similar apps, but I liked the ease of this one (since it's linked to an account I already had) and, like I said, I still have an opportunity to earn something even if I get eliminated from the game.  If you already use Swagbucks, I'd highly recommend downloading this free app (if you haven't already)!

I know I mentioned that Eric and I recently started watching this show from the beginning in this post, but I felt it also deserved a mention here because it definitely falls under the "things I can't get enough of" category.  We usually watch at least one episode a night (though most nights it's more like three or four episodes).  I'm not even a huge comedy fan, and I'm in love with this show (and the characters!).

I'll leave you with this:

on 3/08/2018
Email ThisBlogThis!Share to TwitterShare to FacebookShare to Pinterest
Labels: general, lists, three on thursday