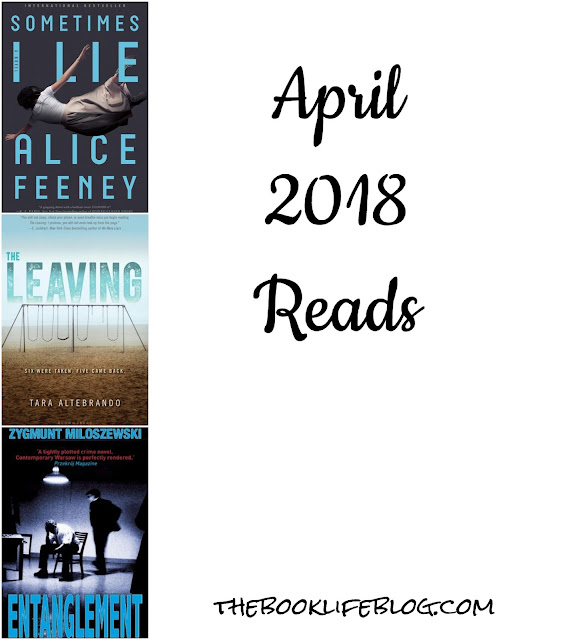 I think I'm going to start referring to April 2018 as "the lost month."  I didn't really mean to just abruptly stop blogging, responding to comments, commenting on other blogs, etc.  But that clearly happened.  (And I swear I will eventually get caught up on responding to comments -- so don't be too surprised if you get a reply to a comment you left a long time ago in the near future!)

In addition to checking out of all things blog-related, I sort of checked out of a lot of things at home as well.  Again, it wasn't intentional ... It just happened.

I didn't make and post meal plans for the majority of the month.  It sounds like a small thing, but it drove Eric crazy!  He's not even a big planner -- he just really likes having a meal plan posted so we're not tempted to just say, "Fuck it, let's just get takeout."  (And trust me ... We did that a lot last month!)

I also didn't use my planner much during the month of April.  Again, this sounds like a small thing, but I think anyone who uses a planner to keep track of all the things they need to do will understand that "hot mess" feeling that washes over you when you haven't been writing down obligations and generally keeping up with things.

We also went out of town to visit my family in West Virginia at the end of the month.  Obviously this was a good thing (and Eric and I had a lot of fun!), but it was just one more thing that added to my lack of structure in the month of April.  I generally don't stay on any type of schedule when I'm on vacation, and this was no exception.

I'd like to try to get back into my usual groove this month, but we'll see how things go.  For now, I just wanted to give a quick update.  I doubt anyone really noticed that I kind of checked out for a while, but you never know.  I didn't want anyone to think something was wrong.  I'm fine (really good, actually!).  I've just had other things on my mind, and, to be honest, I was starting to feel a little overwhelmed with everything I wanted (and needed!) to do ... So I backed off from some of the things I felt were less important (like blogging and social media).

I'll be back tomorrow with some book talk.  (Though don't expect much ... I only read a whopping three books during the month of April!)
on 5/07/2018 No comments:
Email ThisBlogThis!Share to TwitterShare to FacebookShare to Pinterest
Labels: general
Newer Posts Older Posts Home
Subscribe to: Posts (Atom)